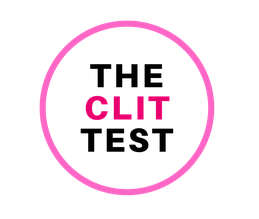 Coined by cartoonist Alison Bechdel in 1985, what has become known as The Bechdel Test – whether a movie includes at least two women who talk to each other about something other than a man – is now widely discussed by consumers and creators of popular culture.

Dreamt up by Frances Rayner and Irene Tortajajada, the test is a product of the wealth of research which shows the vast majority of women don’t orgasm from penetrative sex alone. This creates a huge “orgasm gap”. After asking more than 50,000 US adults if they usually or always orgasm during sex with another person, a 2017 study published in the Archives of Sexual Behavior journal found heterosexual men were the most satisfied group, with 95 per cent agreeing, while heterosexual women were the most dissatisfied group, with only 65 per cent agreeing.

Frustratingly, this reality is not reflected on screen, with heterosexual sex scenes usually representing or implying penetrative sex followed by a When Harry Met Sally-sized orgasm for the woman.

From fighter pilot Maverick (Tom Cruise) bringing his instructor (Kelly McGillis) to ecstasy in Top Gun (1986) to Leonardo DiCaprio and Kate Winslet getting steamed up in the car in Titanic (1997), movies are littered with examples of hugely problematic sex scenes that fail the test.

Consider the decades-long James Bond franchise: the secret service agent has slept with hundreds of apparently very satisfied women but has never once deigned any interest whatsoever in their clitorises, as far as we know.

More recently, the first sexual coupling in 2019’s Long Shot between Seth Rogan’s speechwriter and Charlize Theron’s Secretary of State, in which both orgasm simultaneously from penetrative sex within 30 seconds, caused quite a stir online. Rogan himself replied to a viral tweet questioning the scene, and Vulture did a series of vox pops in Greenwich Village asking people about it. Interestingly, the second sex scene in the film, which includes Theron’s character asking to be choked “a little bit”, doesn’t seem to have caused any controversy.

However, perhaps the most surprising test result is from the TV series Normal People (2020). Lauded by critics and viewers for its explicit and loving sex scenes, it nevertheless fails the Clit Test – all of the sex scenes focus on penetration.

There are, you may have noticed, some common themes here – recently made women-centred movies and television, usually written or directed by women.

But as much as we should celebrate new, enlightened talent, let’s not forget they stand on the shoulders of giants. In the Willy Russell-penned Brit flick Shirley Valentine (1989), the aforementioned Liverpudlian housewife runs through an earth-shattering monologue. “I think sex is like Sainsbury's - you know, over-rated”, she explains. “It's just a lot of pushing and shoving and you still come out with very little in the end”. She then recounts a conversation with her belligerent oaf of a husband. "Have you ever heard of the clitoris?", she asks. "Yeah", he replies. "But it doesn't go as well as the Ford Escort".

And, of course, there was the paradigm-shifting Sex in the City (1998-2004), which expertly and amusingly refocussed attention on female pleasure and concerns. “Look at this”, Charlotte, who is having very unsatisfactory sex, says as she watches a sex scene on TV in one episode. “He climbs on top of her, next thing you know, she's coming. No wonder they're lost, they've no idea there's more work involved.”

Writing on the Clit Test website, Rayner and Tortajajada explain the important ramifications of representations of sex on screen: “The sex script on screen is one of the main reasons there is such a big orgasm gap between cis men and women. When we get together, we tend to perform what we believe is expected and desirable.”

Here’s hoping the Clit Test reaches the same level of cultural saturation and impact as the Bechdel Test.

Ian Sinclair is the author of The March that Shook Blair: An Oral History of 15 February 2003 (Peace News Press, 2013). He tweets at  Ian tweets at @IanJSinclair